How I got to swim in the North Sea.

Swimming in the Scottish seas was somewhat tempting ever since I moved here. However, the idea is easier to be said than done. A part of it is that until now, I scored some placements abroad every summer – so I missed the warmest months here. It’s not that I wouldn’t give it a few attempts anyway, but it was on beaches with long shallow water. This meant that you have to walk for ages to reach a swimmable depth. Well, and doing the walk while being exposed to cold winds always convinced me to change my mind. And just dipping in simply doesn’t count.

So how did it happen this time? Earlier this week, I cycled to St Andrews. It was a warm day, and the sea looked inviting. It was a great trip apart from that I got a terrible sunburn. My skin felt like it shrunk an inch, and it had the color of a rare steak. Once at home, I had to shower in cold water – I’m not a person who enjoys cold showers, but it was the only option now. Anything remotely tepid felt like I am pouring freshly boiled kettle on me. Well, and that’s when it clicked – the sea is the ultimate place to cool down!

The weather stayed pleasant, so yesterday I packed a towel and set off to the beach in Tentsmuir, in hopes of avoiding the crowds that are common at the Broughty Ferry beach. I left Dundee around five, as the sun wasn’t as strong anymore and the tide was good. It was sunny with a gentle breeze, with an air temp of 23° C!!! An average high of Scottish summer is between 15–17 °C, so if there was a day to do it, this was it! 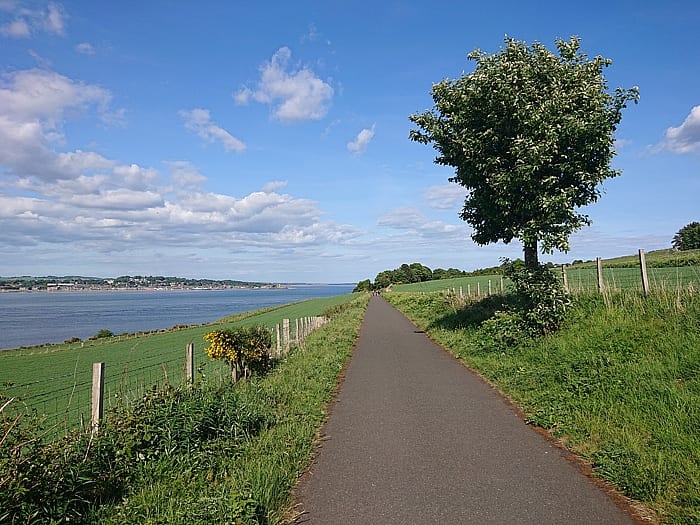 The path to Tayport was as beautiful as ever. It is easily within walkable distance from Dundee, and well worth the effort. However, since many people were making good use of it, I soon left to use some backroads, which were empty and just as lovely. 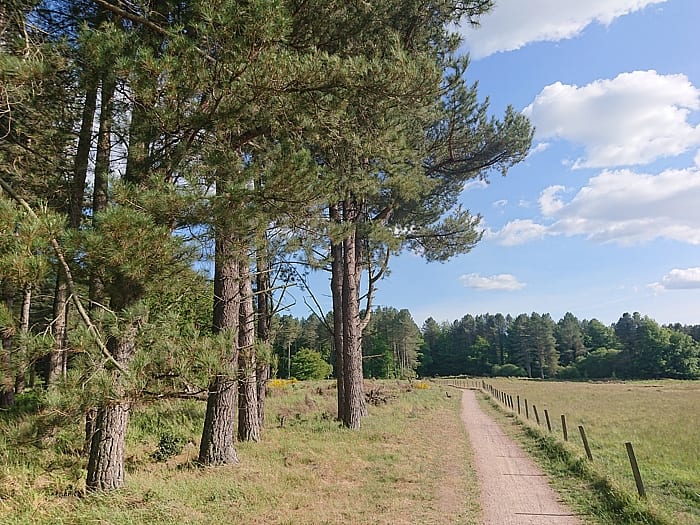 So nice to have such weather! I was thrilled as I entered the woods. Tentsmuir is vast, so it is possible to combine its paths in a way that it is never the same. As I came to the beach, the sun hid behind the cloud. 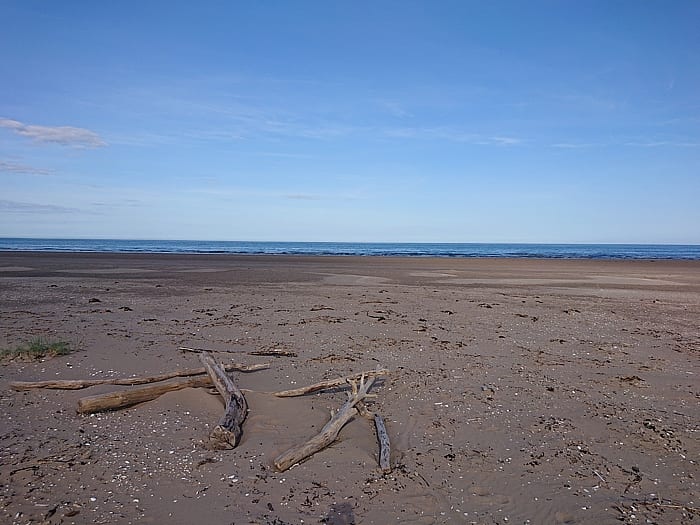 Of course it did. But no worries. It was beautiful, and there were no other people in sight. On one side was the lighthouse of Buddon Ness, on the other the tower of St Andrews Cathedral, and in front of me was this extensive blue horizon. Right on, let’s get going!

Upon entering the water, a part of me was casting doubts again, but the other part was like “c’mon, it is actually decent.” The second was stronger this time, and so in no time, I was swimming. Hey hey! 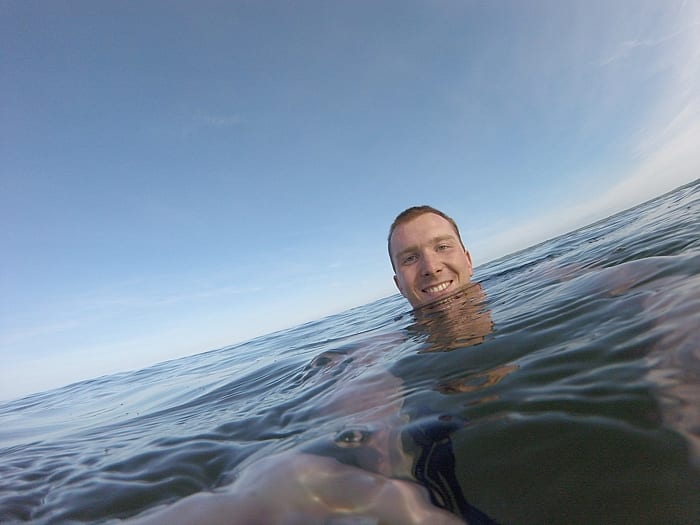 I kept moving, and it was all right! So much, that I stayed in for quite a while, enjoying the water. Dear me, it felt amazing! 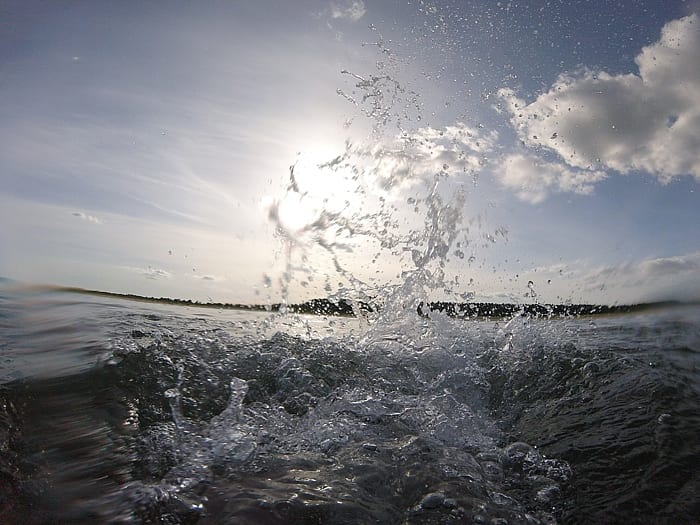 Some time later, I went back to the shore and ate a celebratory chocolate bar. The sun returned, so I relaxed, and before leaving the beach, I collected as much junk as I could see (plastic pollution is a real thing, sadly). 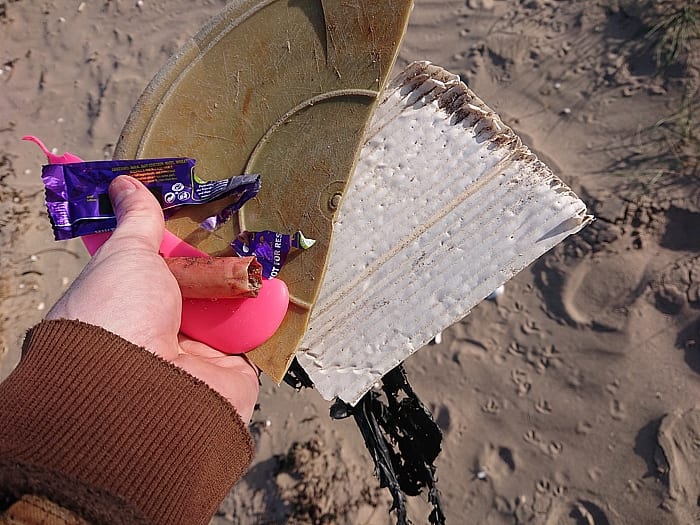 Grateful that I am staying in such pretty landscapes, refreshed, and as happy as one can get, I set off back to Dundee. 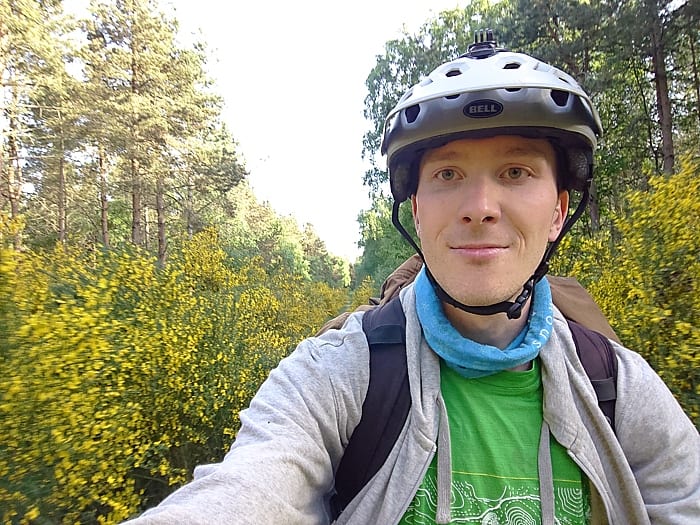 If this looks appealing and you’d be keen to give it a go, here are a few tips on how to:

So, there it is. I can’t wait for the next time!
Thanks for reading.