As many of us are aware and concerned for the environment around us, climate change is happening all over the world. There is at least one positive the pandemic has brought us – and that is the rest and relief our planet has had from constant pollution due to human activity.

Positive, indirect affects have occurred in places all over the world since the beginning of this pandemic. Although the UK only initiated lockdown at the end of March, China was the first to halt power plants and industrial facilities and their production. Also, the use of vehicles decreased considerably which subsequently reduced the concentrations of concentrations of Nitrogen Dioxide (NO2) and obviously, carbon dioxide.

China has major cities known for being chocked by smog, but so far this year, pollution levels have been between 20% and 25% lower compared to the same period last year. I myself have been to China in the summer of 2017 and seen first hand the air quality conditions. Both NO2 and particulate matter have been linked to heart and lung disease. Air pollution causes an estimated 1.1 million deaths per year in China and it has been projected by Stanford Earth Sciences Professor – Marshall Burke that two months of coronavirus lockdown had saved the lives of 77,000 Chinese children and elderly from air pollution alone and kills an estimated 7 million people worldwide every year (Jeff McMahon – Forbes).

This isn’t only happening in China, but all over the world. Europe has also seen a dramatic change in air pollution from satellites above. Although many countries faced lockdown measures at different paces there has been quick reductions in NO2 concentrations in countries such as France, Germany, Italy, and Spain, which is also due to less cars on the road and other main industries that had a hiatus.

Other example is the air pollution in Central London. The London Air Quality Network recorded levels that were so low that the sensors gave “faulty” readings, and believed they had somehow malfunctioned in some way. Much more positively, it was actually recording correctly and levels were exceptionally low.

There has been photos circulating online of thriving wildlife and of healthy rivers and oceans.

For example, Venice has been viewed as a beautiful water town but in reality the canals are often murky and dirty. Recently, the citizens have witnessed crystal clear waters in their canals again for the first time in years. So clear in-fact, that dolphins were spotted for the first time in 60 years!

“Thought I’d spread a bit of positivity for you guys. Since the lockdown of Venice without the pollution from boats the water has been begun to clear up and a dolphin has been spotted in the canal for the first time in nearly 60 years! #venice”

The reduction in tourism and general public using beaches has also had a large affect due to the reduction in waste generated. As we have seen more recently with restrictions being lifted, saddly the population has wasted no time to fall back into our old ways. I have seen many photos of huge amounts of litter being left during the recent heatwave. I feel we all should learn to respect our surroundings even more, as we have finally witnessed how it thrives without us. It has never been more true to say that We need the Earth more than the Earth needs us.

The beach is a UNESCO World Heritage site and was filled with locals over the weekend during the heatwave. Volunteers were also experiencing abuse for politely asking the public to clean up after themselves. Full story can be found here.

Unfortunately not all impacts have been positive, and we are still fighting some of the same global issues.

Such as, natural ecosystems and protected species are at risk during the coronavirus crisis. This is down to environmental protection workers at national parks and land and marine conservation zones having to stay at home under lockdown rules. Which subsequently leaves these areas unmonitored and in their absence a rise of illegal deforestation, fishing and wildlife hunting has occured. (UN -April 2020)

I suppose once the lockdown in many countries are over, the protection to the vulnerable ecosystems will resume.

Although this also points to the fact the benefits of air pollution reductions will also be erased. Overall, the crisis may not have a permanent environmental effect.

However, what we have learned about the environmental benefits and risks of sharp drops in global economic activity will certainly help us do better in the future. Hopefully this will also help understand the mechanics of environmental sustainability and how we can reduce environmental degradation in a future crisis-free world.

With this blog I decided to find more local examples in and around Dundee.

If you have been out walking lately, you may have noticed local parks and green areas have not seen the grass cut for several months now. Long grass improves conditions for invertebrates, which in turn provide food for birds and mammals such as hedgehogs. Another benefit of uncut grass is the encouragement of wildflowers to grow. Other plants, such as daisies, provide nectar for hoverflies and bees; in addition, bees will also visit buttercups to collect nectar and pollen. I have heard a lot of wild birds throughout the day, which is much more pleasant than the noise of traffic. 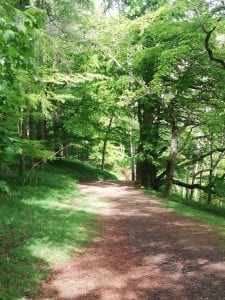 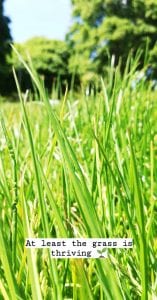 I’ve also taken walks along the coast and seen really clear water, with visibility of the sea floor and crabs! This may not be new, but it is refreshing to see more frequently. 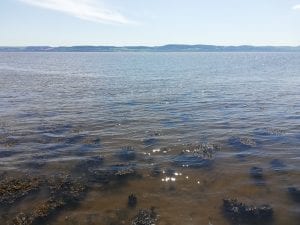 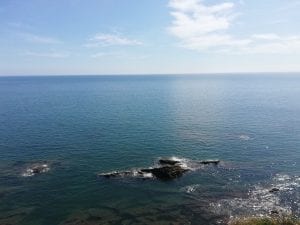 Quiet streets and empty train tracks. At the beginning of lockdown it didn’t take long for business to work from home and for bars and restaurants to board up their windows. In turn this produced less traffic and less noise pollution. Fewer and fewer people were walking the streets and in moments it could feel like an abandoned city. I found many peaceful moments through the silence. 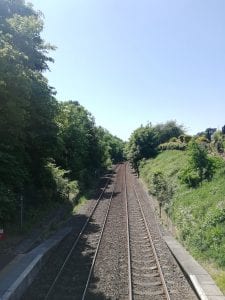 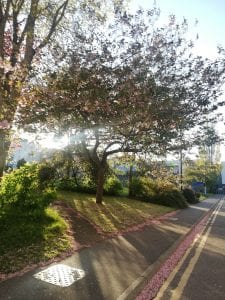 As we all complain about the behaviour of seagulls but we must remember that gulls have been forced to adapt to urban life as their natural coastal habitats are being destroyed by humans coastal defences and cleansing of the cliff faces to remove their nesting sites. As a result many of these gulls have adapted and now live on roof tops in the surrounding towns and villages. This includes Dundee. I have baby gulls on the roof of flats across the road. They are triplets and they are all thriving. I am surprised as many people have voiced their concern over there being less litter or food for them on the streets of Dundee. Maybe they are having the chance to fend for food in the ways they were meant to.

Gulls species are actually declining and the cause of the declines in some species is not yet known, but could be the result of changes in their maritime environment, including pollution or changes in commercial fishing practices. Maybe Dundee’s Seagulls are enjoying the increase of shellfish or worms in our newly long grasses?

Overall, it has been pleasing to see the Earth breath again in some places across the world due human inactivity. It is a very thought provoking time and another pivotal moment we could learn from. It is another opportunity to do what is right and a new opportunity to improve in the future.

Many people my deny climate change, but as we all witness the positive outcomes of Earth without humankind, it impossible to ignore that we are not the problem any longer.

I will leave you with a quote from David Attenbourgh:

“Real success can only come if there is a change in our societies and in our economics and in our politics.” 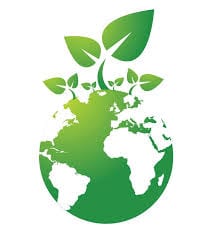