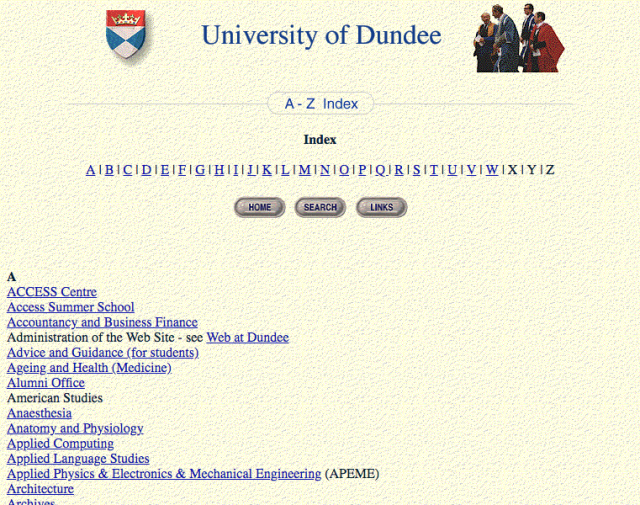 Once described as 'unapproachable and rude to children', Pete nevertheless strives towards the goal of making the content of our website more friendly, readable, and useful for our visitors. Surprisingly handy with a drill.

We often talk about larger projects on our blog, but sometimes small changes, and what seem like minor tweaks, can significantly improve user experience.  One of our main aims with…

Tackling policies and corporate information on the University website

Policies. You may not have noticed but we’ve got a lot of these on the website. Not just policies but other types of corporate information like procedures, regulations, disclaimers, reports,…

Last week we were proud to launch our new undergraduate course pages. This represents the culmination of several months’ work by Web Services and other teams including Marketing and Admissions…

From late summer 2018 the work and planning around our new website gathers pace. A supplier and integration partner for the new CMS will be announced in the coming days.…

ContentEd is a two-day conference on content strategy in the education sector. 2018 is its second year, bringing together content strategists and marketeers from all over the world to address…

Creating content based on the top tasks of our users makes a lot of sense. The basic principle is that you can create a great user experience for the majority…