What I did today at my placement, Worth seeing

Back with another update!

First of all, I’m delighted to announce that I am now doing a second placement! Along with Loretta, I am going to be helping facilitate a creative writing workshop as part of the Dundee Women’s Festival. The event, titled “Women’s Lives, Women’s Voices” will be occurring on the 2nd of March, and is composed of two parts: the morning will be talks from three different historians about extraordinary women from history; while the afternoon will be a chance for attendees to write in response to these talks. I don’t want to give too much away about the talks, but the topics span from right here in Dundee all the way to Germany, and I can tell you right now you don’t wanna miss any of them!

The main goal of Loretta and myself as facilitators is simply to encourage the women attending to put pen to paper. I have technically lead a writing workshop before. One person, a very smart, cooperative and forgiving 11 year-old turned up, and we mainly talked about her Harry Potter fan-fiction. Despite this bountiful wealth of experience and knowledge to draw from, I am as nervous as I am excited. I think I might defer to Loretta, who actually has real teaching experience.

In news regarding my placement at the Rep, on Thursday Hamzah and I met to share our ideas of people and places we might want to investigate and interview. This included a trip to Dundee’s own HMS Unicorn, one of the oldest warships in the world. We conducted a little research, explored the exhibition onboard the ship and established some potential contacts to interview later. I also took a plethora of pictures, though I unfortunately didn’t manage to catch any of the ship’s supposed ghosts on camera: 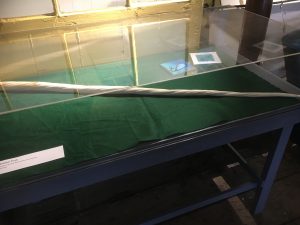 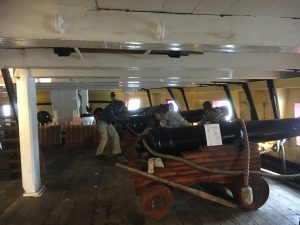 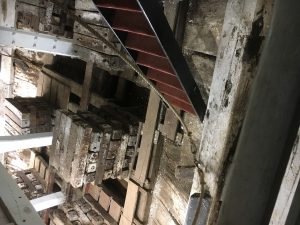 I think this is called the hold

Following this visit Hamzah and I headed to the library to record our first interviewees – ourselves. Next step is trying to edit out all the background noise so they’re usable!

This is Captain Kai,

P.S. Did you know that Captain Kidd, supposed pirate and inspiration for the persona of Ryuji Sakamoto in Persona 5, was born in Dundee?